“The National Hockey League announced today that as a result of 10 Ottawa Senators Players in the NHL’s COVID Protocol, and evidence of continued spread in recent days, the team’s games will be postponed at least through Saturday, Nov. 20. The decision was made by the League’s, NHLPA’s and Club’s medical groups.

As an appropriate precaution, the team’s training facilities have been closed, effective immediately, and will remain closed for Players until further notice. The League is in the process of reviewing and revising the Senators’ regular season schedule.

The Senators organization has, and will continue to follow, all recommended guidelines aimed at protecting the health and safety of its Players, staff and community at large as set by the NHL, local, provincial and national agencies.”

In and out of COVID protocol

Puck Pedia: The Blues recalled Scott Perunovich and had to re-assign Joel Hofer, Dakota Joshua and Calle Rosen to the AHL.

Jeremy Rutherford: The St. Louis Blues have put forward Kyle Clifford on waivers. Clifford has an AAV of $1 million.

The Blues need to clear $907,000 in salary cap space to remove Oskar Sundqvist from the LTIR.

Three Stars of the Week 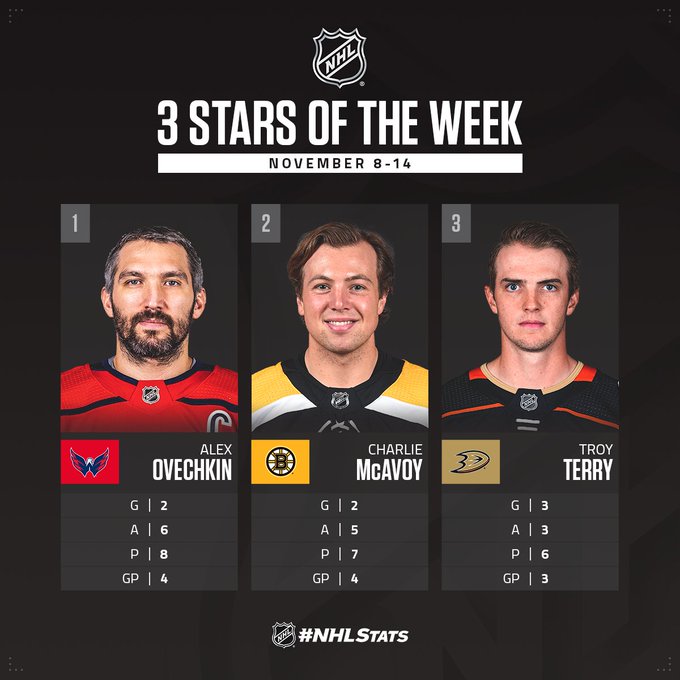 It could be a busy trade deadline day. Will Ristolainen look to test the open market?…

Rutherford touching on some Vancouver Canucks rumors. Rangers are interested in…