NHL News: Mike Hoffman Sign A PTO With The St. Louis Blues – A One-Year Waiting For Him?

St. Louis Blues: The Blues have signed free agent forward Mike Hoffman to a PTO. He will take part in training camp that gets underway on January 3rd.

The PTO expires at the end of training camp and he is free to negotiate with any other NHL team while on the PTO.

Jeremy Rutherford: Hoffman is expected to arrive in St. Louis today and quarantine for seven days. He will likely miss the first day of training camp next Sunday.

“I’m extremely thrilled to have the opportunity to possibly become a member of the St. Louis Blues. I’ve heard nothing but pleasant things about this team and organization.

“One of my top priorities coming into this summer as a UFA was to join a team that has a powerful ability to contend and win the Stanley Cup, as they just demonstrated a couple years ago.”

Pierre LeBrun: “All things being equal, there’s a one-year contract coming for Hoffman closer to opening night once the Blues can use LTIR.”

Jeremy Rutherford: “It appears what the Blues are doing is waiting until the start of the season to sign Hoffman, which would allow them to wait to put Tarasenko and Steen on Long-Term Injury Reserve, allowing them to maximize their LTIR money. This points to Hoffman joining the Blues.”

Lou Korac: “Some might wonder why would a player that clearly can fetch a contract to go anywhere and risk injury on a PTO? There are no preseason games this year and leaves little to no risk for that happening. All signs point to a match between the two sides.”

Andy Strickland: “Interesting move from Mike Hoffman camp. Word is they encouraged him to get into a training camp, this is not the year to miss camp. There are teams that remain interested, But Hoffman wasn’t willing to wait for them to make whatever necessary moves needed to sign him.”

Andy Strickland: It’s believed that Blues and Hoffman’s camp have an understanding of what a one-year deal would look like, and have heard that Hoffman is willing to take less money to be able to sign with the Blues.

Lou Korac: Potential lineup for the Blues on opening if/when Hoffman is signed.

Puck Pedia: “After submitting that roster, placing Steen & Tarasenko on LTIR gives them LTIR pool & ability to exceed cap by ~$13.25M. Then sign Hoffman and call up players.

LTIR pool and ability to exceed cap would go down to ~$5.75M if Tarasenko returned.” 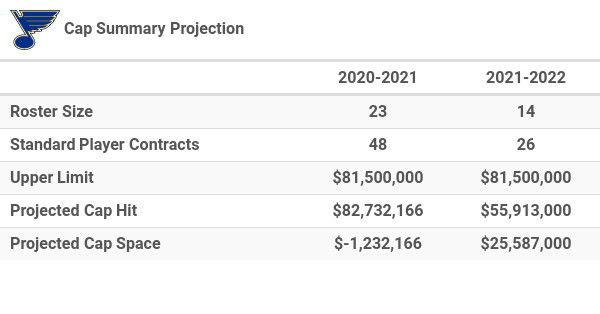 Mike Hoffman, signed to a PTO by St Louis, is one of the league’s most lethal snipers and pretty much nothing else pic.twitter.com/SGbEHZRMJ6

Kraken GM on their head coach search. Getzlaf will evaluate his future this offseason.…

Rumor roundup from around the league involving the Bruins, Jets, Maple Leafs,…